The Race that Wouldn’t End 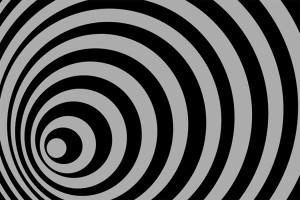 My buddy and I called it the Twilight Zone Run. Not because it was run in the evening, but because it felt like an episode of the classic fantasy/science fiction TV show.

Officially, it was the 1984 Rutabaga Run. It began beneath the steeple of a postcard-perfect church in small-town Wisconsin, descended to a river valley, and ran a series of farm lanes (where presumably they grew rutabagas). From there, it returned to the river and ascended the bluff to finish back at the church. A big loop, billed as a 10-miler.

It started well enough. The course was pleasant and well-marked. And while it was small, the race had a strong field. Back then, even small races could be surprisingly competitive. I once found one where the course record had been set by Alberto Salazar, decades before his fall from grace.

I was having a good day, and at mile 9, starting the final ascent back up the bluff, I found myself challenging for a top-10 finish—not something I normally achieved.

I’m a good hill climber, so I closed the gap on the guy ahead of me, passed him decisively (remembering all the coaches who say, “When you pass someone, pass them like you intend them to stay passed”), and crested the hill, gearing up for the final 800m to 1000m to the finish.

There was just one problem.

There was no town in sight. No church. Just more road. And it’s not like you can easily hide a 100-foot-tall steeple in the middle of rutabaga country. Wherever it was, it was a lot more than 1000m away.

In sports psychology, there’s a concept called the goal-gradient effect. It stems from research by behavioral psychologist Clark L. Hull, who in the 1930s found that rats in a maze progressively speed up as they approach the reward at the end (assuming they’ve already learned the maze and know where the goal lies).

The same applies to humans, and is part of why we can summon the energy to finish strong, despite fatigue.

Assuming we know where the finish line actually is. Otherwise, we get the opposite effect, a sort of anti- goal-gradient effect.

I’ve used this to play mind games with myself in training, setting off, for example, on a 20-mile run, only to decide a few steps before the end that I was going to run another mile…and then another…and sometimes another yet. It’s useful for developing mental toughness. But it’s one thing to deliberately do that in training and quite another to have it done to you in a race.

Which brings us back to the Rutabaga Run.

I’d crested the hill, thinking I was in the final mile, determined to hold off a counterattack by the guy I’d just passed…only to discover that there was no finish line.

All I could do was run…and run…and run. This was before GPS watches, so when the steeple finally came into view, I wasn’t sure how far I’d run. From the time recorded in my log, all I can say is “less than 12¼ miles,” but “not by a lot.”

When it finally ended, I told the guy behind me that I’d spent the entire extra distance waiting for him come back on me. “Are you kidding?” he said. “I was dying too.” Which was when my buddy, who’d finished 6th, began humming the Twilight Zone theme.

As a coach, I now have lots of things I could now have told my younger self. Starting with “preview the course.” Or, if it’s not practical to do that, warm up by running out and back on the final mile or so of it, so you at least know what that part looks like. Because, even if the course is accurately measured, there’s nothing like knowing the lay of the land to really kick in that goal-gradient effect as you near the finish.

Also, don’t be too trusting about what the race says about itself on its website. I’ve known “road” courses to throw miles of washboard gravel at you and “rolling” courses to have full-fledged mountains in the middle. I’ve even known a pro to get injured because she wore the wrong shoes for a big hill she encountered on what she thought would be an easy, “rolling” tune-up race.

Luckily, most of us don’t get hurt by such excursions into the Twilight Zone. But that doesn’t mean they are happy surprises. Me, I have no memory of most of the 5K or so I must have run after making my move in what I thought was the final mile of the 1984 Rutabaga Run. But, interestingly, I also realize that I have always been really proud of that race, because in that final, endless 5K, nobody passed me.

Even in the Twilight Zone, nobody passed me. I’ll call that a win.