When a pandemic threatens to cancel all of the enjoyable things in life, sometimes you just have to adapt to provide an opportunity for people to have some semblance of normalcy. That is exactly what we had to do with Stumptown Cross this past fall.

Like all things that get modified, there were some positive and negative aspects to making the Stumptown series virtual. Not being true head-to-head competition was definitely one of the things that we all missed. It’s not easy for anyone to really push themselves to the same level when they are solo, versus in a field of other racers. But on the positive side, one of the things that did end up happening was individuals or small groups of people starting around the same time often provided the opportunity to cheer on your competition if they happened to be at the park around the same time. While each course had a one week window in which people could run it, it seemed like Saturday morning was a pretty popular time for people to be out at the parks. Even with lots of runners from various teams all being in the same vicinity in the same window of time, I was impressed by the level of caution people were taking to stay spaced out and have buffs or masks on when near other runners or park users.

The number of participants wasn’t the same as usual, but it was great to see many of the same teams and runners out participating in the XC season we were able to offer. For the 5 race series, we had 30-40 women and 40-70 men at each event. Numbers were down considerably from what we usually see out for a normal Stumptown Cross season, but I think the fact virtual racing is just not the same as toeing the line with a pack had a lot to do with that.  In the end, we had 161 people sign up for the series – obviously all of those people didn’t participate in all of the events, but in a year when everything is off, it is great to see so much support still exists for XC.

The virtual nature of this year’s series enabled us to try out some things different than the “norm” – like having a course on Powell Butte, and our first event at Pier was only a 3k, so it was fun to race something shorter than what men or women usually race for XC.  There was a part of me that wishes we would have avoided any “race” that required more than one lap this year, but it is really hard to find places where you don’t need at least 2 laps in order to keep these from being a sprint.  For the parks where we did race a shorter distance than usual, it was fun to see the shake up in the Strava leader boards for the segments that already existed in the parks. 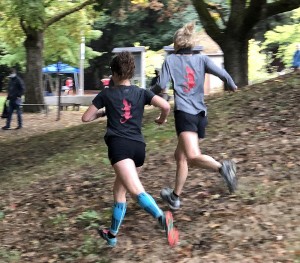 I know that for some parks where our normal race distances are longer (e.g. the 2 lap 6k and 2.5 lap 8k courses at Pier Park), the one lap 3k race this year displaced a lot of fast loops around that park that had existed from past years.  And places where we have raced in the past, but mixed up the direction this year to utilize existing Strava segments meant that places like Mary S. Young Park produced a lot of notifications for whomever owned those segments prior to race week.  For anyone who has ever held a crown (course record, or CR) on Strava, you may have also received an email or notification in the Strava app that “ut oh” someone stole your crown.  That notification usually spurs you into wanting to head out to that segment and get the crown back, so I can only imagine when they got that notification and then realized they hadn’t just been bumped to 2nd place in the standings, they were now 52nd on the list.  Ah the joys of Strava… but it is pretty fun to look at the dates on the leaderboard and realized that the overall top 50 times are all from the same week in 2020.  For a good example of what I am talking about, check out the leaderboard for the MSY segment on Strava. 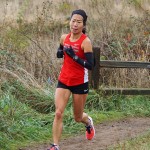 Besides shaking up things on Strava, Stumptown also brings out some team competition, as well as the ability to see how you stack up to others in your age division or in the age-graded standings as an individual.  In the open division, there was some pretty tough competition at a few of the events.  The Team Red Lizard women dominated the early races in the series, but the youngsters from Mount Tabor Track Club turned up the heat for the final 2 events and came out on top in both.  It was exciting to see quite a few high school aged students out racing this year, as their normal XC season was in the same boat as our usual series.

In the open men’s division, the Jacuzzi Boys were again a force to be reckoned with.  But Portland Running Company brought out some speed as well, and was generally the runner up at most events, with TRL and NAC in the hunt.  The TRL men did manage to grab the 2nd place team spot at the Pier Park 3k race for their highest team place of the 2020 series. 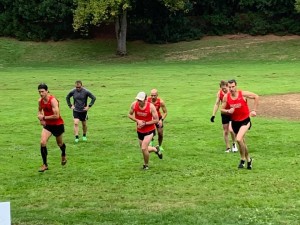 In perhaps the most competitive team competition, the Red Lizard masters men tied 18-18 with Bowerman in two races (MSY and Powell Butte), but TRL pulled out the win in both based on the tie-breaking 5th runner.  The TRL-BTC rivalry is always a good one, so we will definitely be looking forward to hopefully returning to head-to-head racing as we look ahead to next season.

Hopefully as we look ahead to the future, we will also see more full teams competing in some of the divisions where we have competitive runners and teams, but there aren’t full squads from multiple teams.  This was the case for the TRL masters women.  Lorilynn Bloomer (BTC) always puts up some blazing fast times (in fact, if you check out the age graded standings for women you will see she topped the field in every race), but without a full team, the TRL women were the uncontested champs in the masters division.  Granted, there are some very speedy ladies on the TRL crew, and they were all dedicated to being out at each event – motivating each other to be there and to give it their all.

Hopefully next season will see us back to in-person events.  While that might mean some of those speedy high school students aren’t able to join us, hopefully we will see more full teams out in some of the divisions where we may not have had the same level of team rivalry to provide some of that usual XC motivation.  One thing I can say is this – there isn’t such a thing as being too old for cross country.  Just ask our male individual age-graded series winner, 70-year old, Doug Winn. 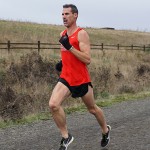 A big thank you to everyone who participated in one or all of this year’s virtual series. Hopefully we will be back to racing XC the way we all prefer it by fall 2021, but I was happy that there were others like me who used cross country as a way to make it through the shortening days of fall.  I know I’m already looking forward to next fall, whatever it ends up looking like.

You can access all of the Stumptown race results at this link.