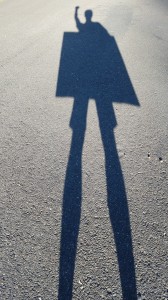 Like many of you, I find that the events of the past several weeks have had me feeling guilty about all of the trivial things we have been doing as a running club. Posting photos about my run on Instagram… I know that at least a few of you have shared photos from your run during the month of June to be in the drawing for the free shoes we will be raffling off at the end of the month (if you haven’t been tracking that, read all about it here). We also contested the Rose City Mile as part of our Summer Series, and just posted details about the 3-race Stumptown Virtual series we are planning for the rest of the summer (details here). While all of those ideas were great ways to combat the absence of groups runs and races that COVID appears poised to cancel for the rest of the summer, these events were certainly not designed to help us deal with the issue of racial injustice that seems more important to make progress on than finding a vaccine to cure COVID.

While we are all hoping that scientists can come up with a solution for COVID that will have us back to “normal” in the not-too-distant future, I’m not so sure normal is what I want to go back to. While none of us believe we can fix institutional racism in the same timeframe we can cure a virus, I do think we can make progress towards improving conditions for all people – regardless of race, religion, gender, or sexual orientation. While none of us can control what “we” will do as a nation to begin fixing some of the systems that are broken, we can control what we do as an organization and as individuals. The Team Red Lizard board has made a commitment to work towards ensuring that we are welcoming and inclusive towards all. And all of us as individuals can continue to learn, share, and keep the momentum moving towards addressing racial injustice. Creating a forum for our members to share their stories is one of the ways we are hoping that we can share and learn from one another. If you have a story or perspective you want to share in our “Moving Forward Together” column, please contact torrey@redlizardrunning.com or garland@redlizardrunning.com

My own story is obviously one of white privilege*. I’m embarrassed to admit it, but I’m going to come clean – I’m white. And on top of that, I’m male. When you add having above average athletic ability and education, the cards are stacked in my favor. I managed to capitalize on all of that. A great job. A beautiful house. And a beautiful wife. And I ask myself, “how did I get here?” (not sure that the Talking Heads were recognizing white privilege in that song, but it seemed appropriate).

While it is easy to recognize “privilege” at this point in my life, like all too many people who struggled at some point in their life, white privilege isn’t always about realizing a middle class American dream. A couple years ago, I moved out of the city to a small community. More space, no traffic, and surrounded by amazing views with fantastic trails in the Gorge and forests beyond. People are a little more politically conservative, there are a few more pickup trucks, and then there are the “peaceful” sounds of people riding motorcycles and shooting guns – but when I am out on a run in the middle of nowhere and encounter someone with the redneck trifecta (white dude wearing a Trump hat in a pickup with a gun), my level of concern is still fairly low. Since I’m not usually out running in anything that indicates my politics or other beliefs, my white skin is like a uniform that provides me safe passage to all of the outdoor places I love. I have spent most of my life never having to give a second thought about where I wanted to live, places I wanted to run, go camping, and for those who know that I also love to flyfish – there is nothing I love more than to spend a week out on a river in the middle of nowhere. It makes me sad to think about all of the things I have the freedom to do that my friends who were blessed with more pigment in their skin have never been able to enjoy in the same way I have. 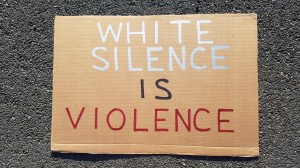 But we can work to change things. It won’t happen overnight, but there are efforts we can all take to be anti-racist. I am by no means an expert and certainly don’t have an answer for how we fix the issue of systemic racism in this country. What I do know is that racism is a construct created by white people, so it is up to us to work on fixing the problem. We need to be willing to learn, have uncomfortable conversations, and advocate for change. The recent killings of black men in this country has certainly reinvigorated the Black Lives Matter movement for people beyond the BIPOC communities, but it is going to take more than a few weeks of protests to make things change. I think it is far too easy for some people to dismiss the killing of George Floyd as a bad cop, or “a few bad apples.” But how does one justify the killing of Ahmaud Arbery out for a run? A few more bad apples?

So what about Rayshard Brooks, who was sleeping in his car in a drive through? There isn’t a single white person out there who would think there is a risk of dying for either sleeping in their car or being detained by the police. That incident reminded me of a DEI training I was at several years ago with some members of the police department. The topic of discussion was “common sense,” and I distinctly remember a heated discussion with several white police officers arguing that there were absolute things that everyone learns or knows. Like common sense was a set of universal truths we all live by. They were of course arguing this from the perspective of their own line of work – if you see flashing lights behind you, pull over. If a police officer asks you to do something, do it. As a white, middle class, male, I anticipate that following directions from the police has little or no likelihood of resulting in my death. In fact, if they are instructing me to do anything, odds are good that I actually did something wrong. But if my life experience was growing up seeing people who were similar to me being treated in a way that didn’t always end well, I would have likely been a little reluctant to let a police officer put hand cuffs on me. After all, it was only about a week before this that Rayshard watched George die while being detained by police after complying with their instructions. So I totally get that “common sense” isn’t so common.

These are big issues. Police officers (whom I interact with professionally, think of as nice human beings, and are more than likely “good cops”) who think there is some universal truth known as “common sense.” Black people growing up with learned fear of things that don’t impact me. As someone who was born soon after the Civil Rights Movement ended (noting that this was due to MLK’s assassination in 1968, and not to the work being completed), I feel like the 70’s and 80’s was all about being “color blind.” While that approach was probably an improvement over race relations prior to the 60’s, it obviously didn’t fix the problem of racism in our country. I am still amazed that even with the issues of systemic racism at the forefront of what people are hearing about in the news, I still see the proposed solution from my well-intentioned, conservative, white family members being “can’t we all just love one another and move on?” I guess that is another aspect of white privilege – being able to acknowledge that some awful, unjust things have happened to black people, but then be able to switch our concerns to other things. While the latest killings might further entrench a distrust of police and white people for BIPOC communities, we need to make sure that the outcome for white people isn’t just a lesson that we need to be nicer to everyone. White people are going to need to be the ones to fix the system of white supremacy. I encourage everyone to keep the momentum for change moving forward. It is time speak up, since what rings truest to me right now is that WHITE SILENCE IS VIOLENCE.

For more information on what you can do to ensure that Black Lives Matter, visit blacklivesmatter.com

*White privilege refers to societal privilege that benefits white people over non-white people in some societies, particularly if they are otherwise under the same social, political, or economic circumstances. For those who aren’t familiar with this term and how it relates to racism, there are plenty of great resources out there where you can learn more, like https://www.tolerance.org/magazine/fall-2018/what-is-white-privilege-really