Coach’s Corner: Waiting for the Return of “Normal” 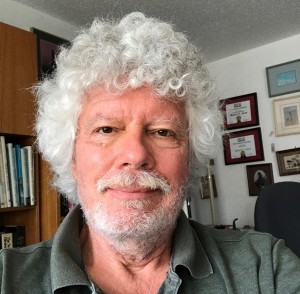 As I write this, with all 50 states announcing plans to reopen, one of the things that’s most obvious is that almost everyone longs for life to return to normal…possibly with a few improvements, such as greater opportunities to work from home, low gas prices, and no traffic jams on the freeways.

But the “normal” we once knew is unlikely to return completely, at least not for quite a while.

I know, because as a science writer, my inbox is crammed with journal articles on what can and can’t be done to fight the virus.

One of the places where “normal” has most dramatically changed is regarding running.

Only three months ago, I was preparing to leave for Atlanta to coach at the U.S. Olympic Team Marathon Trials. Even at the time, I knew it was the calm before the storm. I found myself thinking of the “phony war”—an odd interlude in World War II where, after Hitler’s invasion of Poland and the Allies’ declarations of war against Germany, pretty much nothing happened for 7 months. Then, suddenly, the fight was on in earnest.

When the battle with the virus began to ramp up, one of the first casualties was sport. March Madness got canceled. The NBA suspended its season. Shamrock Run was canceled. The future looked bleak.

Sure, running isn’t mentioned in Maslow’s hierarchy of needs, but I can find it (and TRL) in all three of its top levels: belongingness, esteem, and self-actualization.

Then, the recently completed Stumptown Quarantine 5K made me realize that whatever else the virus had stolen from us, we hadn’t lost everything.

The ability to form teams, and the slow unfolding of results over the course of a week not only produced high drama, but gave us everything Maslow was talking about. It’s no surprise the race was the biggest draw in Stumptown history, not only with a record 307 competitors but with participants from 13 states and two foreign countries (Spain and the Czech Republic).

We needed that. It proved we are not beaten, that given half a chance we will find ways to rise, and not lose track of who we are as human beings. A month ago, I wrote an article for Podium Runner on how runners can avoid depression during the pandemic. Everything TRL is doing fits that bill.

It’s also clear that the time is coming for us to start setting goals and focus our training around something. To facilitate this, I have moved the TRL workouts online, posting them on my website at http://richardalovett.com/wp/weekly-workouts-for-running-in-the-time-of-coronavirus/. In writing these workouts, my assumption is that the reader doesn’t have access to a track. Instead, they are designed to be doable from your door, social distancing as needed.

If you have ideas or requests, I’m all ears (or, I guess, in the Internet world of the moment, all eyes).

Meanwhile, my dry erase board, dry erase markers, and a giant box of Kind bars and Honey Stingers remain in the trunk of my car, awaiting the return to a more normal normal.

1 thought on “Coach’s Corner: Waiting for the Return of “Normal””